Panguitch is easily the favorite to win in  2021, they dominated last season, and should continue that if all factors are considered.  The returning point s sho them to be a favorite, and the rankings at this point reflect it.

The wrestling still has to happen and getting to a Saturday night at the Sevier Valley Center will be a very fun ride.

The 1A rankings are not done in conjunction with the Beehive Top 25 or the Power Polls and are done by outside individuals with their own opinions and research. They may or may not match with the Power Polls or Beehive Top 25. These rankings will be updated as mistakes and additions are found so please feel free to help post changes in the comments below. The more feedback that is given the better the rankings will be.

These rankings are based directly off of the rankings/ projected placements with bonus points. 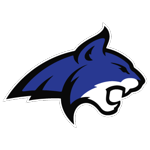 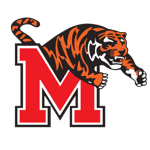 Luke Finicum: This Finicum family moved to Milford from the Ely , Nevada area since last season,  Luke placed at the Nevada State Championships last season, and had wins over Utah 1A State Finalists last season Luke might be the favorite to win a title this season, a huge pick up for the Milford Tigers.

Morgan Finicum: Freshman Morgan Finicum will join his elder brother in a Milford singlet and should be at 152.  The tigers hope that he can help them bring home a trophy.  Morgan has placed at the Beehive Brawl multiple times and could make a huge dent in the 1A bracket.

Kade Severe: Kade will look to help the Piute Thunderbirds close the gap on their rivals to the south.  He will likely be at 132, and with Gayler, Morrison and Coburn working with him all season,  could make the podium.